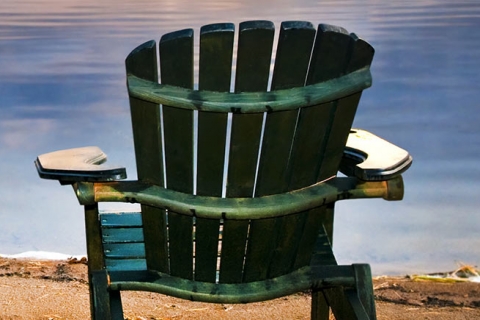 Is LakeMat  really that much better? Yes! Flattered by my imitators? Not really —  they’re not very good imitations.

A completely subjective — yet fact-based — review of our imitators.

First — for mucky lake bottoms, no one tries to compete with MuckMat — because we have the only lake weed control mats with the technology that lets you walk on muck without sinking.

If you have both weeds and muck, skip this now and go right to MuckMat.

If you have a problem with just lake weeds… please, read on.

Some say their lake weed control mats are cheaper than LakeMat.

We only use the highest quality materials, the ones that work — because we’ve tested them rigorously, we know they work and why — and we also know the cheap stuff doesn’t work and why it doesn’t.

Our patented, aluminized steel, thick-wall frames hold our Mats firmly in place on lake bottoms… even on river bottoms. Our rigid, outer-edge frame, features steel-on-steel connections — because that’s what works the best. We know, because we’ve tested every type of frame system.

Our patented, gas-permeable, non-woven geo-fabrics and geogrids are superior to anything else, they’re made for use in water —  we’ve tested all of them, including the cheap stuff that doesn’t work. That’s how we know. We have a superior system — because of smart, dedicated people

Our design is superior  — because our research and development includes structural engineers, design engineers, soil engineers, metallurgists, lake management experts,  biologists, limnologists, experts in several other fields, (and a guy who’s been passionate about this for 45 years). Our rigorous, ongoing, field testing ensures we stay at the forefront of benthic barrier technology  — because we are not going to sell you a tarp, tell you to  put it in a lake and throw rocks on it…

You may recognize some of these (competitors) if you’ve visited their websites, or used one of their mats. Feel free to skip this and go directly to LakeMat and discover for yourself why there’s no real comparison.

It’s just a piece of sheeting, (they don’t say what kind). That’s all it is! The instructions say, lay it in the water, then put rocks on it. Then, if it gets gas bubbles (and it will get gas bubbles) they tell you to “cut holes” in it. They also say you can get rebar and “poke” holes in their sheeting, “with a screwdriver” to attach the rebar.

If you just want mat material with no weight or frame, our SandMat, is much better and oddly enough, it even costs less. (A screwdriver? Really?)

This mat is a plastic tarp that comes with hundreds of little round holes punched in it. It has no weights… they tell you to go to a “building supply store” and buy nine pieces of rebar, have them cut in 10-foot lengths then go back and insert it into the mat yourself, before you put it in the lake.

This doesn’t work for so many reasons, but do you really want to…

Put Sand In Your Pockets Mat

Same idea as Building Supply Store Mat except they want you to buy sand to pour into pockets to weight it down… they even throw in a sand funnel!

Can you imagine pouring sand through a funnel to fill up pockets enough to hold this down? I don’t have to imagine — We tried making a LakeMat light enough to ship to Europe and experimented with this “sand in the pockets” idea. To be efficient, the pockets would have to be huge — We rejected it… dumb.

This mat will “accordion” or “billow up” in the lake. We know because it’s similar to our old Original LakeMat design. We solved the problem by including stakes to keep the sides on the bottom and adding gas release ports. This one doesn’t… so it billows up. We experimented with a similar fabric, it’s slippery and unravels. We rejected it.

The “We Know What Our Mat is Worth”—Mat

The assembly system consists of a tarp-like fabric, and frame of plastic coated rebar, connected with plastic connectors and some other stuff…

Plastic coated rebar bends, (think garden stakes) we know it bends, because we tried it and rejected it. Again, tarps don’t work.We tried plastic connectors, bad idea, and ours were much stronger.  This mat is cheap — because they know what it’s worth.

The Not Actually A Mat—Mat

It’s not actually a Mat, it’s a seven-foot wide roll of landscape fabric, with no weights — being sold as a lake weed mat kind of thingy. They say put sand or rocks on it to hold it down.

At first, I thought this might have some promise — until I read an “efficacy study” on it, (page 2, if you’re interested). It worked okay the first season. But the second season there were as many weeds as before, you couldn’t tell where the thing was… and now, of course, you’ve got to deal with plastic screen tangled in your weeds.

Look… For lake weed control products, I give all these credit for not using herbicides to kill lake weeds — their hearts are in the right place. Any herbicide alternative is better than using chemicals for weed control.

My informed opinion is — get a LakeMat — because it’s simply — the best lake weed mat ever designed.