The LakeMat Controls all Lake Weeds 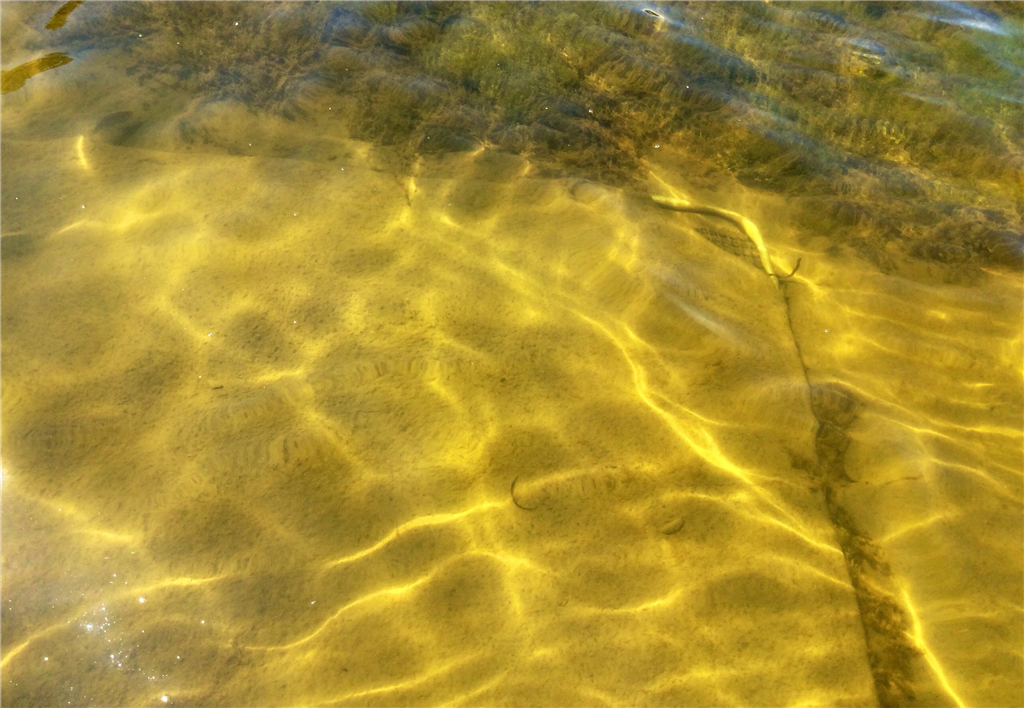 I have some pretty nasty lake weeds at my place. They’re thick, mean and yucky. I bet my weeds would give you weeds a run for their money any day, (unless you live in the south and have hydrilla, which is the champion of “yucky” lake weeds).

I recently moved a LakeMat and thought the pictures were striking enough to share. This is a photo of our lake bottom after I moved the LakeMat and just after my dog dropped her old tennis ball off the dock. As you can see, aside from the tennis ball, there’s nothing there. It looks like the surface of the moon without the craters.

This picture shows the edge of where the LakeMat sat. You can see what the bottom would normally be like without the LakeMat; a thick carpet of nasty lake weeds.

I moved the LakeMat at the beginning of June, the photo was taken toward the end of July. The lake weeds wouldn’t return until next year, except they won’t return because I’ll put down another LakeMat this fall.

…And by the way, LakeMats stop hydrilla too.