What’s Up with the Plastic Stakes? 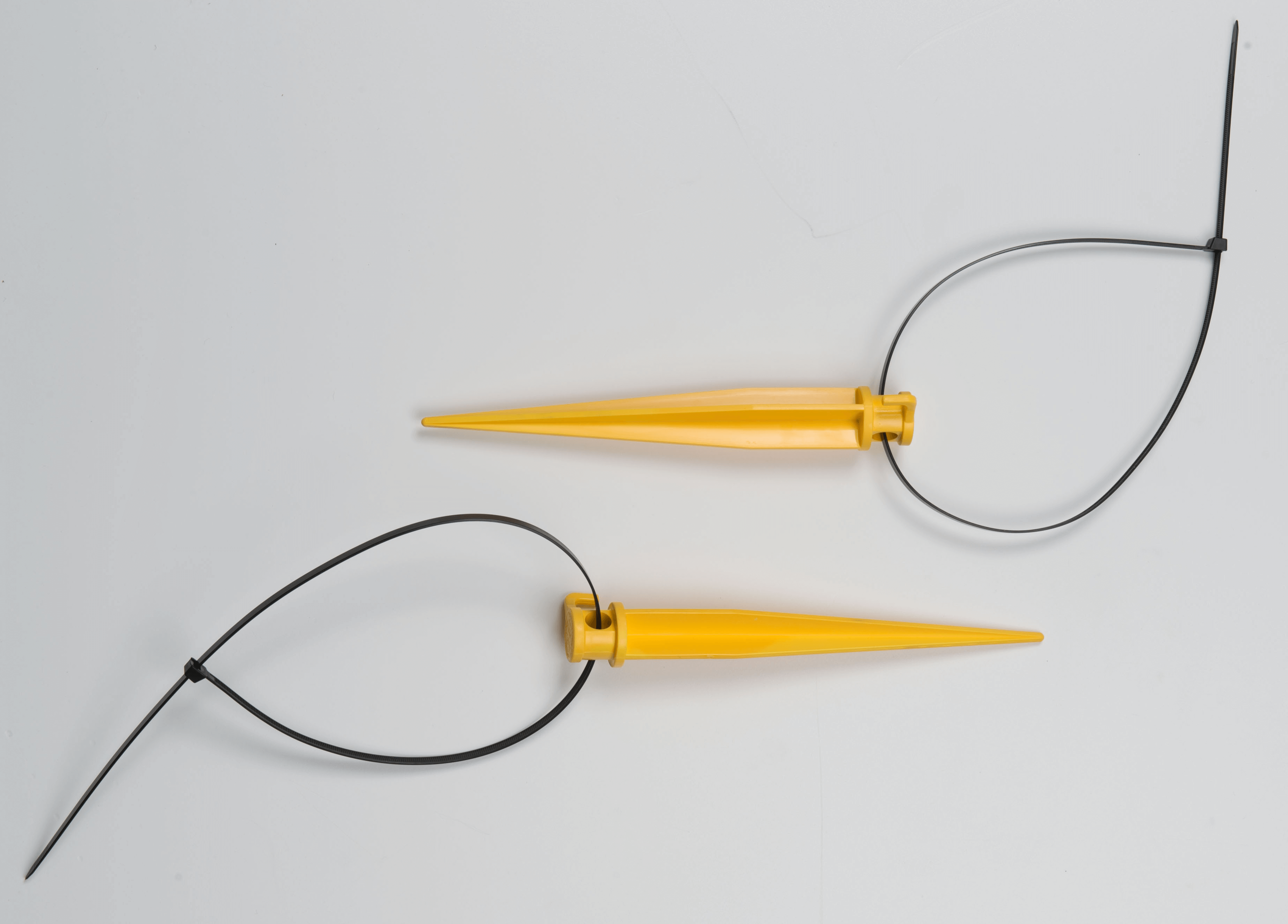 When you receive your LakeMat® you’ll also get a set of plastic stakes and a package of polypropylene line. You may be wondering what’s up with the stakes?

The stakes are for you to use to secure your LakeMat® to the lake bottom, so it stays in one place.

When we were first producing LakeMats®, we were putting them on quiet, little inland lakes. We put them in early in the year before the “seaweed” started growing.

Because there was very little water movement under the surface, and because we put them in early, there wasn’t much of a problem; the LakeMats® pretty much stayed where we put them.

But then, they caught on and customers from Canada to Florida started putting LakeMats® in great big water bodies with lots of boat traffic and other turbulence which moved them around.

Customers also started putting in LakeMats® in the summer when lake weed growth was thick. As all these weeds died and decayed, they created immense amounts of gases that would at times, get trapped under the LakeMat® and lift it off the bottom.

We experimented. Adding more weight, enough to hold down the LakeMat®, made it too heavy and cumbersome to handle. We added gas-release ports which worked for releasing the trapped gasses, but didn’t keep the LakeMat® from moving in turbulent water.

We finally arrived at using special plastic stakes, attached to the edges of the LakeMat® and pushed into the lake bottom to hold it securely in place. We added grommets at five foot intervals along the edge of the LakeMat® to fasten the stakes.

If you put your LakeMat® in early, in a quiet little lake, you may not need to use any stakes (though I would at least stake the corners). If you put yours in later in the season or you have a lot of water movement, I’d use them all.

Cut the polypropylene line (included) into lengths of about 3 feet. Tie one end of the line through one of the grommets on the LakeMat® and tie the other end through the round hole in the top of the stakes. Repeat the process for each stake you intend to use.

Position your LakeMat® about where you want it. One at a time, stretch the lines out fairly snug, then push the stakes into the lake bottom (with your hand or foot) at a distance of one to two feet from the LakeMat®. If the bottom is soft enough, push the stake in so it goes below the surface of the lake bottom.

I suggest you start staking at the end closest to shore and working out toward deeper water, flattening out the LakeMat® as you go. Some people prefer to start deeper and work in toward shore. Either way works.

Because there is a constant creation of methane and other gases in very soft, mucky lake soil, that may collect under your MuckMat® any time of year, I strongly suggest you use all your stakes.

Don’t be afraid to push them down under the muck. I try to stick them down until the muck is up over my wrist, or past my ankle when using my foot. 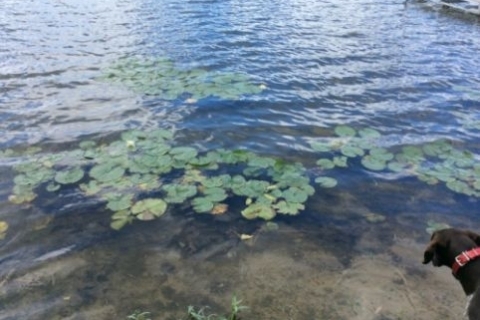