What Causes Algae in Lakes?

It’s that nasty-looking gunk that skims the surface of your nearest lake or pond. And it’s not only gross-looking, but it can also be very toxic and harmful. So, what causes algae in lakes? Well, let’s dive deeper (pun intended).

What are Algae in Lakes?

They are termed “weeds” because they are unwanted. They often pose aesthetic and environmental problems for creatures that live in and around lakes.

How Does Algae Get in the Lake?

Aquatic weeds often end up in the lake when pet owners dump their aquariums into a storm drain or into the lake.

Those who live around lakes sometimes plant lake weeds. They are attempting a beautification project. Unfortunately, plants like purple loosestrife, bulrushes, and cattails take over and choke the lake.

Plants that naturally grow in and around lakes get overgrown. This includes algae and bacteria. Chemicals containing nitrogen and potassium are used on crops and lawns. These wash into lakes and rivers. They are food sources for algae.

Cyanobacteria produce toxins that affect human health. These blooms are under scientific study which is exploring their causes.

What Causes Algae in Lakes?

Landscaping has removed trees and shrubs to give lakeside owners a clear lake view.

Lax water management has resulted in the proliferation of lake algae. Runoff from homes and cottages has often been adequately processed.

There are several types of algae.

Algae are simple photosynthetic organisms. They have some plant characteristics.

Part of the Protista kingdom, their chloroplasts allow them to synthesize food by means of the plant process of photosynthesis.

Algae have a wide environment. While they are water organisms they can live in wet soil, seawater, water-laden rock, and freshwater.

Algae can be single or multicellular organisms. They vary in size and color.

These are mainly found in water--especially freshwater. They can also be found in oceans. Green algae have flagella. This allows them to eat organic matter. With their plant-like chloroplasts, they are self-sustaining, processing their food. Some green algae contain thousands of cells. These include the horsehair algae and sea lettuce.

Blue-green algae produce dangerous cytotoxins, neurotoxins, endotoxina, and hepatotoxins. These are dangerous to the human respiratory system, kidneys, and liver. They also attack the nervous system in humans and other animals.

Like green algae euglenophyta contain chloroplasts. Euglena lives in fresh and saltwater. They are unique as they do not have a cell wall. Instead, they have a protein-rich layer called a pellicle. Euglena eats unicellular organisms and carbon-rich foods.

Unicellular fire algae are found mostly in saltwater.  A few species live in freshwater. Fire algae use flagella to move in the water. There are two types: cryptomonads and dinoflagellates. Some fire algae are bioluminescent. They can be seen lighting up the ocean at night. Fire algae produce neurotoxins. These are harmful to humans and other organisms.

Red algae are eukaryotic cells. They have neither flagella nor centrioles. Most red algae and found in oceans and tropical regions. Red algae do well on solid surfaces like reefs where you will see them attached to reef and other algae. Rhodophyta have a cell wall composed of cellulose and other carbohydrates. Some seaweed is actually red algae.

Unicellular yellow-green algae are rare. They do not reproduce quickly. There are only 450 to 650 species of yellow-green algae. Their cell walls are composed of silica and cellulose. They have only two flagella. Xanthophyta appears light green because their chloroplasts lack green pigmentation. Yellow-green algae live mostly in freshwater. A few species live in saltwater.

Brown algae are comparatively large and complex species of algae. They live in marine areas. They have both photosynthesis organs and differentiated tissues. Brown algae examples include giant kelp, sargassum, and rockweed. Some brown algae may be over 300 feet long.

Besides being classified by color, algae may be differentiated by where they are found.

Some species of algae are often called "pond scum" or "pond moss". They form unsightly greenish clumps on the surface of the lake.

Lake algae can harm the aquatic environment. They also affect the health of the ecosystem. When plants feed on the material in lakes they upset the balance of plant life and available nutrients. This negatively affects the health of the lake. Oxygen depletion causes fish to die.

If the lake shows signs of algae-like stagnant water or surface discoloration, it is a sign of algal bloom.

The water should be tested for the presence of cyanobacteria. This monitoring can stop a bloom before it forms. Effective ways to stop algae bloom include installing fountains or aerators to keep the water moving.

Another method is to dispose of sewage, pet waste, and other nutrients algae will feed on.

Xeriscaping increases groundwater filtering before it reaches the lake.

Planting native vegetation, as opposed to cement embankments, allows nature to grow around the lake.

Removing leaves and grass clippings prevents them from entering the lake and decomposing there.

By using phosphorus-free fertilizers and detergents, nutrient-rich runoff is eliminated.

A water management specialist can monitor water quality and treat the lake if necessary.

Lake algae are soft. It can be skimmed, raked, or pulled. Algae can be removed mechanically but this can be very expensive.

Herbicides will affect the health of the lake, its plants, and animals.

Indicators Algae Should be Removed

The profusion of algae is turning the water a bad color. There is an unpleasant odor and the water isn’t moving.

The buildup of silt, mud, or muck is a sign of a lack of aerobic bacteria on the lake bottom. There is a lack of oxygen.

Excessive mud disrupts the photosynthesis cycle. This means an imbalance in the ecosystem of the lake. Muddy water is an eyesore.

Watershed erosion may result in runoff of dirt and wastes.

Dying fish often are a sign of depleted oxygen. Excessive algae buildup may be the cause. Dead fish may also be caused by blue-green algae, parasites, sewage runoff, acid rain, or bacteria.

The freshness of lake water quality is measured by e-coli levels caused by human and animal waste. Over 235 units per 100 milliliters of water is dangerous.

What Can GoodbyetoMuck do to Help?

How to successfully eliminate duckweed from your lake or pond

Duckweed is a nuisance that can ruin the appearance of any lake or pond unless we know how to eliminate duckweed successfully. It can grow fast and cover the whole surface of your pool in just a few days. There are many ways to get rid of duckweed, but it's essential to understand what duckweed is and how it grows before you start treating it. Duckweed is a type of algae that grows in water when too many nutrients are present. It can be green or brown and looks like plants floating on the water's surface. Duckweed is not harmful to humans or animals, but it does make your lake or pond look terrible and ruins its cleanliness and clarity. 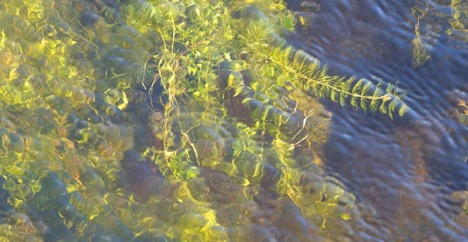 Aquatic weed control – how to maintain a clean environment

Aquatic weed control is vital for all lake and pond owners to have a clean and aesthetic appeal of a body of water. It would help if you had an effective product for aquatic weed control to have a clean environment. No more algae or other plants that endanger the life of the fish or the other creatures from your lake or pond. Also, the weeds can be a problem for those who want to swim in the lake and for the boaters. The excessive amount of aquatic weeds can interfere with a balanced fish population. Also, the water inhabitants can be killed because of a lack of oxygen. When plants die, oxygen depletion happens. The photosynthetic oxygen production stops, and bacteria, which break down plant material, use oxygen in their respiration. Algae bloom die-offs are often responsible for summer fish kills. Winter fish kills are caused by snow accumulation on the ice. The blocking of light prevents any living plants and algae from photosynthesis. Further oxygen depletion is caused by the further decay of plants that have died in the fall. Insecticide runoff, ammonia from feedlots and other diseases can also cause fish kills. The aquatic weeds need to be controlled, so the lake or ponds are not affected. Today's article will present you with some methods to remove and prevent the aquatic weeds. 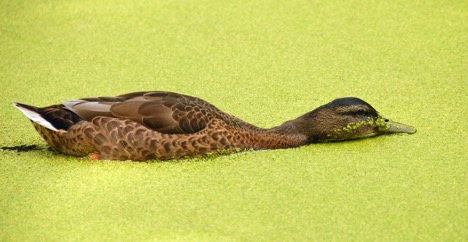 Many people are looking for a professional duckweed killer to have a clean and safe pond or lake. It is unpleasant to go for a swim and feel all those floating plants getting all over your body. Also, the duckweed is harmful to aquatic plants because it lowers oxygen levels. The fish are deprived of oxygen and die. This is why the pond owners are looking for professional and quality solutions to get rid of these plants that have zero benefits.